Below is an ongoing analysis of mass shootings and shooting sprees that have occurred in the United States from 1982 through 2017. 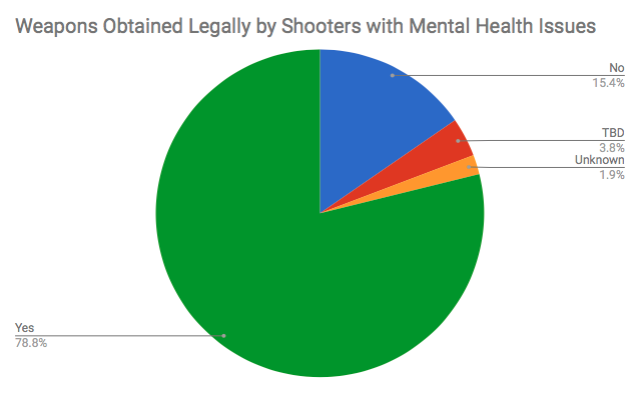 Breakout of whether or not the weapons used were obtained legally. Data limited to cases in which the shooter had prior mental health issues. 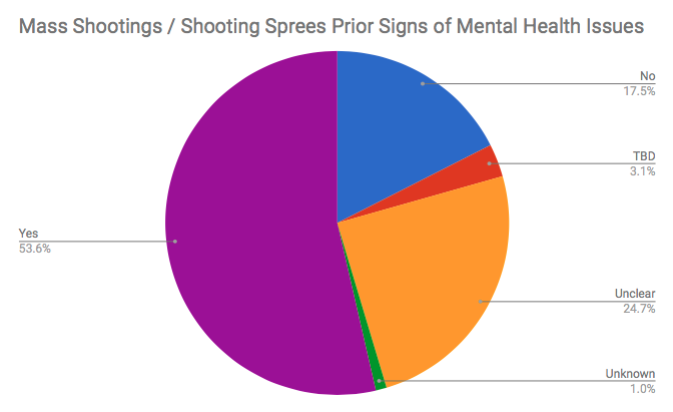 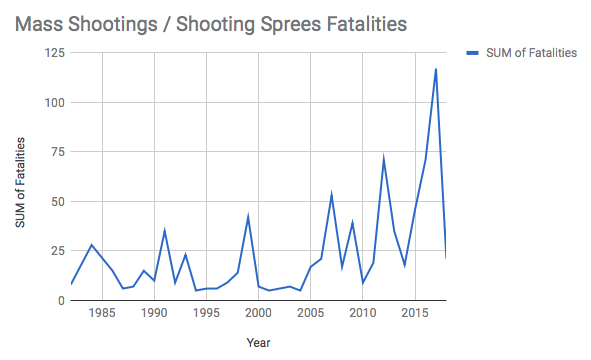 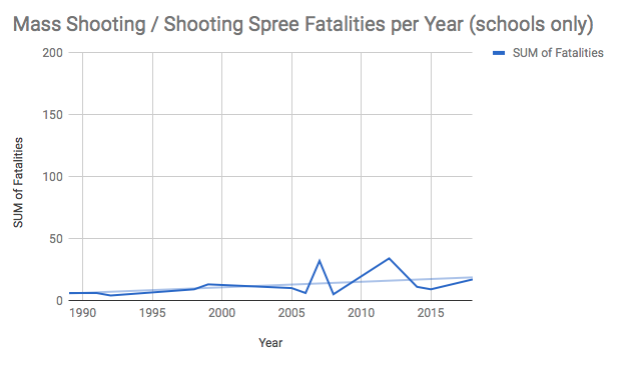 Total fatalities by year, limited to incidences that occurred at a school. Trend line included.